So here I am in month two of my 12 months of new habits. (Read why here on Ditch the New Years Resolutions.)

In my newsletter last month (have you signed up to receive it yet?), I confessed to a habit that I thought might shock or disgust some of you. While it may have, I did receive a few messages saying I wasn’t the only one who didn’t do this. Thank you, it was so nice to hear I wasn’t alone.

But now I’m being asked what my new habit is for the month.  I have to admit to dragging the chain a little with letting you know, because it feels a little like each month I’m confessing to a new, bad habit.

And now, here I am, confessing this one on here, for all the world to see, instead of just in my newsletter.

In letting you know what my new habit is, I have to let you know what it’s replacing that with.  I’m feeling a little exposed.  Gosh, if it feels this way after one (almost) two habits, how am I going to feel at the end of 12 months?

Here everyone – learn what a lazy, slothful girl Megan is (hopefully was!).  Arrgh.  Do I need to tell you each month what my new habit is??

Before I decide to confess the new habit, let me share how I did with habit 1 (which was to wash and moisturise my face each night).  I’m giving myself a 70% pass.  The first 11 days were amazing.  I was home everynight, and established an 8pm routine, which worked really well.  Then ….. I wasn’t home at 8pm one night, and got in late.  And …… I was tired and didn’t do it.  And that pretty much summed up how the rest of my month went.  If I was home, I was pretty good at remembering and doing.  If I was out, not so good (except for once!!).

So habit one is still a work in progress, but I’m taking a pat on the back for my 70%, because that’s a whole lot better than I was doing before.

One of the ‘rules’ of creating a new habit, is to focus on creating a new habit, instead of stopping an old one.  However, with this months’ habit, I really am stopping an old habit.  It’s not being replaced with something consistent.   I wonder if this will be a downfall for it?  And, it’s a new weekly habit, instead of daily, so again, I’m wondering how this will go.

It’s the way I relax at night.  I work at home, and so it’s a new space for me to head to, and just blob.

And, it also feels like a way for the fisherman and I to relax together.

But, how crazy is this, I’m not even interested in half the stuff I watch.  It often is a time killer until it’s time to go to bed.

I know all of this in my head, but I haven’t done a very good job of not doing it. I get sucked into some trivial story on tv, and want to know how it ends.

Habit number 2 is to not watch tv on Wednesday nights.  Any.  Not even the news.

As I write this, it’s Friday, so I started this week on Wednesday.

In a rare moment, I was actually alone on Wednesday night.

OMG did I want to cheat.  And no one would have known.

It started after I made dinner.  I mean, there was no one to talk to, and it just made so much sense to sit and watch tv while I at least ate dinner.  Right?!

Uggh, it was sooooo hard, but I headed outside, and sat at our outside table alone, just me and Bella (the dog), and enjoyed the night.  It was pretty nice actually.

Then it was time for The Block to start – it was garden reveal night.  My favourite episodes are always the reveals.  It was soooo hard not watching, knowing it was happening.  But I resisted.  I really did.

I started to tidy up, and clean up the house.  I actually had plans to do some scrapbooking, but I got involved in tidying, and was actually enjoying the progress I made.

At 8pm I washed and moisturised!!

Then as a reward, I sat on my couch, and read a magazine.  That was a nice gentle way to slow down, before I headed to bed.

It so wasn’t easy, but I was pretty proud of myself.

I’m really hoping I can continue this habit – I KNOW there’ll be so many benefits to it.

I’ve put a reminder in my phone, for 6pm each Wednesday night, so I don’t forget.  And I’m going to plan some things ahead of time, so I’ve always got something to look forward to.  Hopefully with others home on other Wednesday nights, I’ll have someone to ‘play with’.

So there you go.  There’s another one of my slothful secrets, and my new habit to try and limit it a little.

How about you?  How have you gone with your first new habit of the year?

Please don’t let me be the only one confessing here! 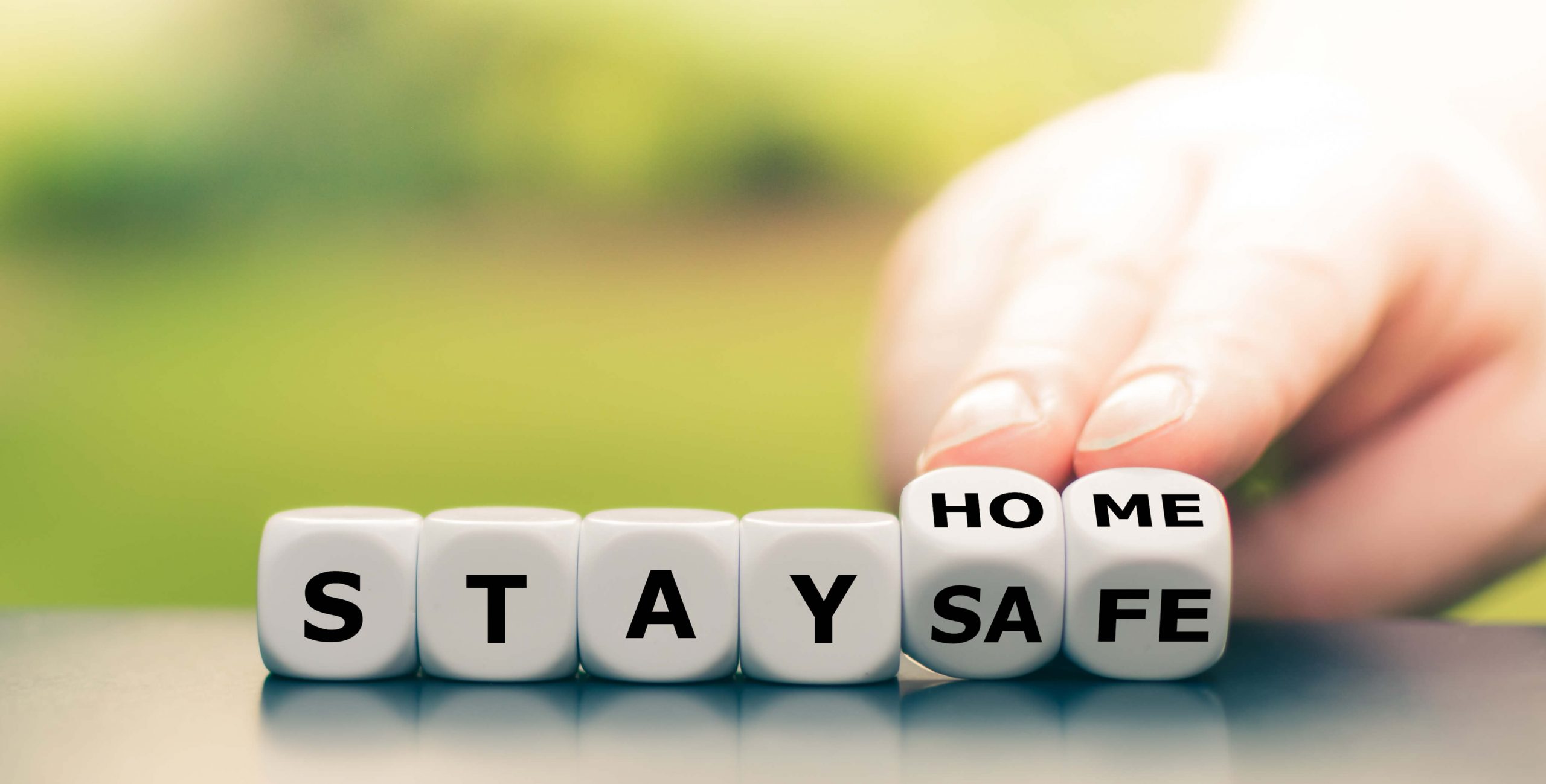 Wow – who could ever have imagined the chaos our world has been plunged into? It is a surreal reality. Like everyone I’m sure, I’ve watched how different world leaders have set their own country’s responses to the virus. I think the greatest concern to any of us is underestimating how severe this can be…. 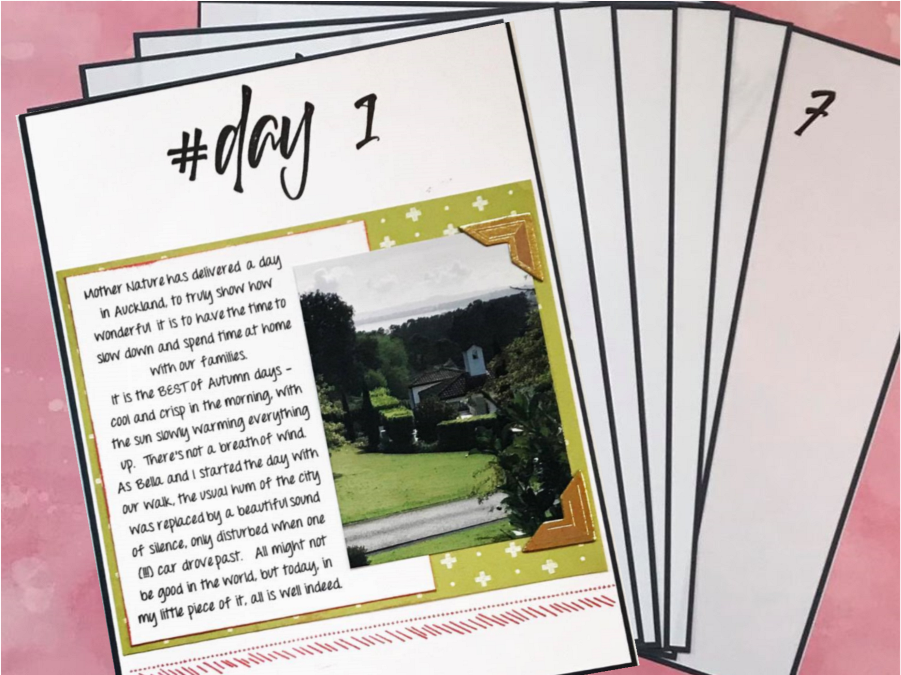 Thanks to everyone who checked out and downloaded the Challenge. I hope you’ve been having fun working your way through each days idea. If you haven’t already started, it’s NOW time to document your #30DayIsolationChallenge. I promised I’d help and I’ve been working hard on the best way to do that for you. Luckily the… 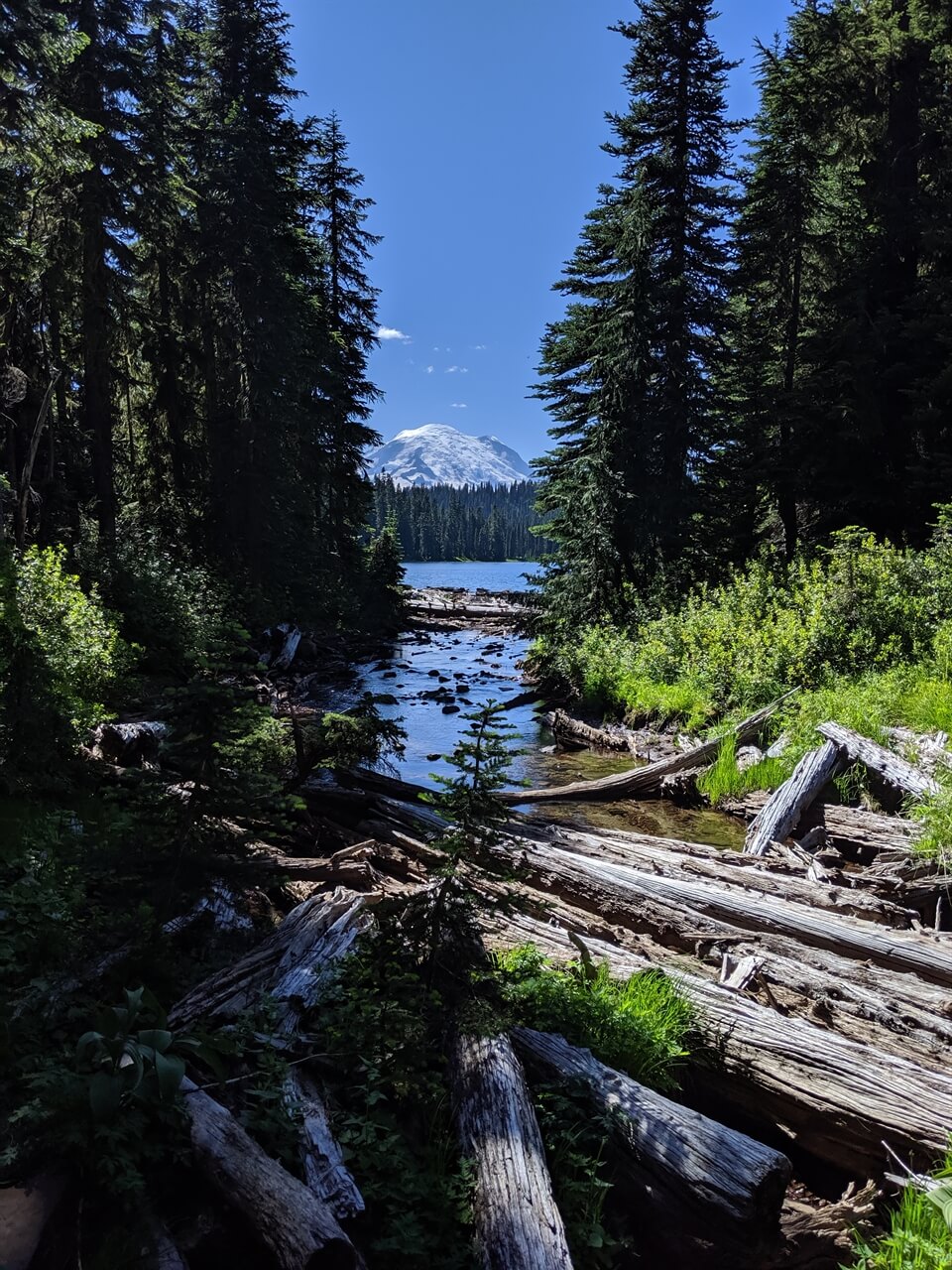 Seattle is a city truly blessed in natural attractions. Downtown overlooks the Puget Sound, with views that run the gamut of the best of nature – beautiful trees, lakes, islands, and snow capped mountain ranges. There is so much to explore within the city itself, but I believe the true wealth of this city, is… 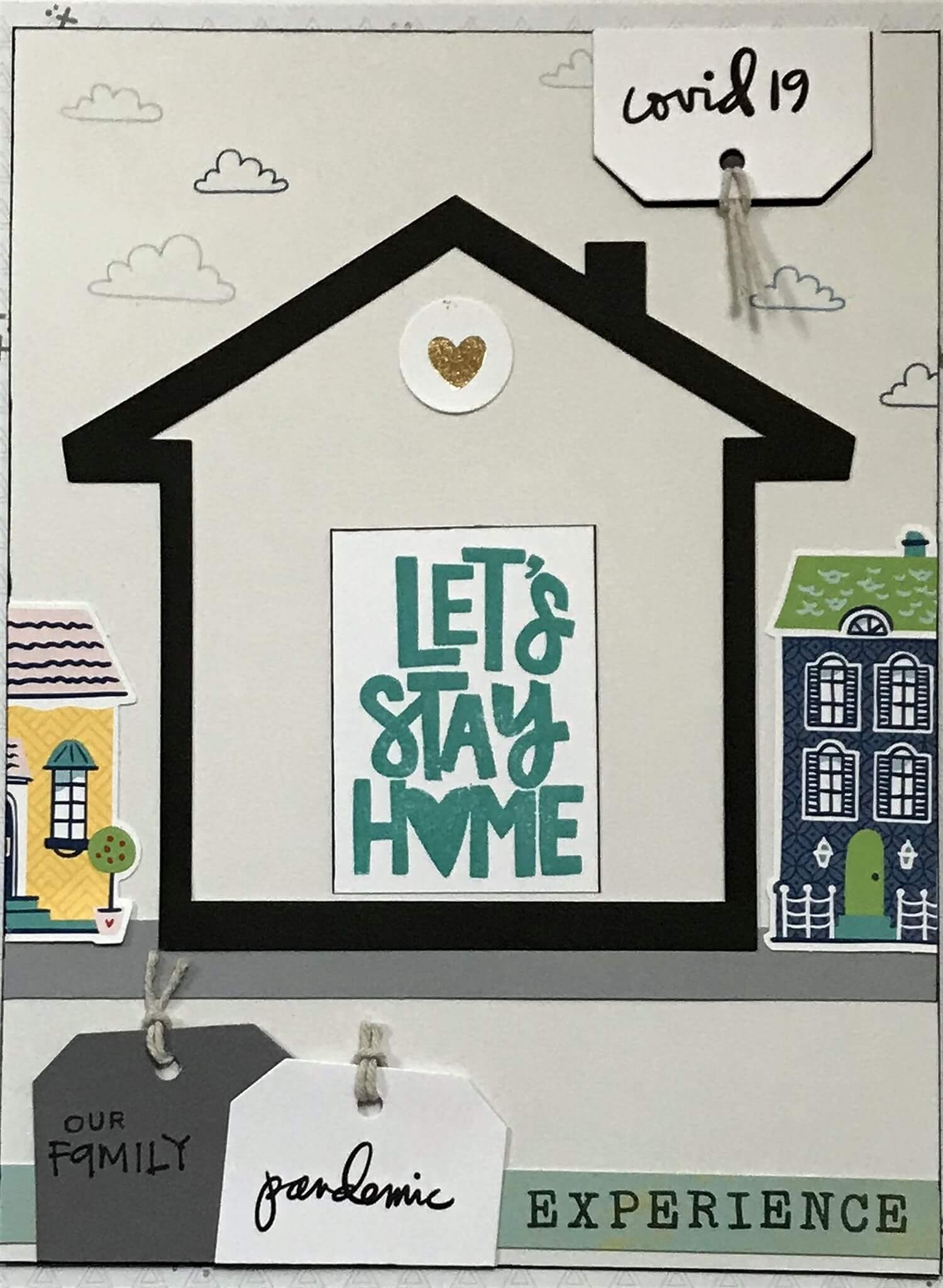 Writing your ‘covid’ story can be great for your mental health, and comes with the added advantage of offering your descendents an incredible insight into how life was truly like during covid times. Right now, we are living through one of the most significant events probably in our history. Have you ever heard the word… 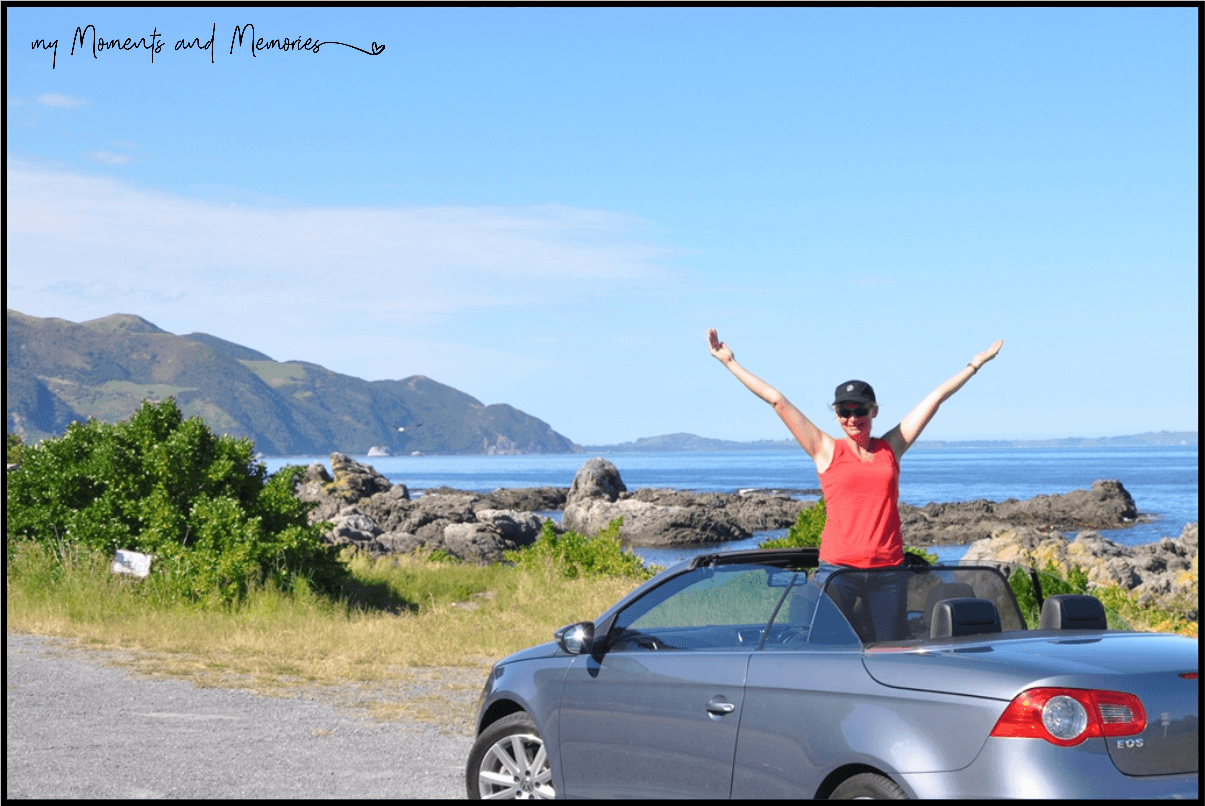 I’m sure you’ve heard the term midlife crisis.  For me it always conjures up images of guys who suddenly start wearing leather jackets and styling their hair, buying Harleys, and trying to hang out with younger dudes.    Funnily enough an image of women doesn’t come to mind. But here I am, a woman, hitting ‘middle…

CREATE good habits instead Has there ever been a new year more anticipated than 2021??   I suspect not. It’s easy to consider that 2021 will be a much better year than 2020, but just like at any time, I firmly believe that planning, purpose and direction will help ensure your year is as good…